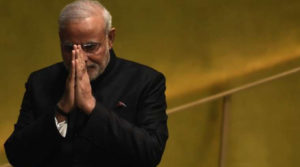 In his latest 'Mann Ki Baat' broadcast, Prime Minister Narendra Modi asked citizens to send him ideas on what he should say in his Independence Day speech. The prime minister did this so that he could set the trend for the next year of governance. So, for his consideration, here are my top five areas he could focus on, both in his speech and administration: #1: Make peace, not war Do not allow the India-China border row to devolve into war. Even though China's propensity to breach … END_OF_DOCUMENT_TOKEN_TO_BE_REPLACED