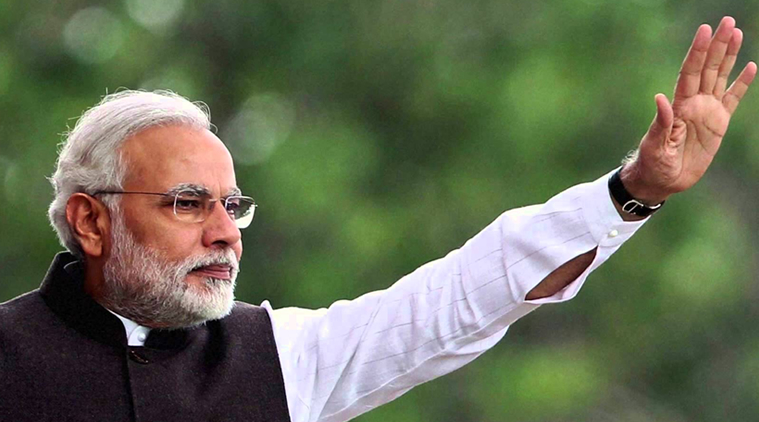 The last I wrote of my expectations from the PM was for his Independence Day speech. Some of the wishes I put forth must have been on his agenda as well, as I see some spur on these. Thought I must come up with the next set of asks from my PM on 69th Republic Day of India.

So, for his consideration, here is my take on the top five areas he could focus on:

1. Avoid drastic interventions in Business – Factor in historical precedents:
During World War I, to sober down his vodka-addict army – assuming clear-headedness will make it prevail in war – the Czar Nicholas banned Vodka. Little did he realize what a Pandora’s box he was opening. The immensely popular Vodka was providing 1/3rd of the revenue of the Government through Vodka tax. This revenue disappeared overnight. Even the army could not be paid and kept loyal. Ultimately the empire crumbled. It is interesting to note that the ban, despite receiving wide propaganda, proved ineffective. The alcohol loving populace continued drinking. The production and consumption of Vodka surrogates like Varnish and Polish rose ten times. Those who could not lay their hands on these, participated in wine riots. Hundreds of people died. Since Vodka distilleries were shut down, nearly 300,000 people ended up out of work. Pipelines of Opium from Greece and Persia sprung up. Drug addiction became the new scourge in the society and in the armed forces as well. Finally, after 11 years of unremitting grief, the Soviet authorities abolished prohibition in 1925, as they “needed money to modernize the country’s economy”. Such can be the unintended consequences of a well-intentioned but poorly considered policy move. Drastic intervention in economic activity should be avoided. That doesn’t mean distortions should not be checked. But actions like Beef Ban in UP or liquor ban in Bihar should not be rushed into, especially in the 19 states under the BJP writ, without weighing in the socio-political implications and factoring in historical precedents.

2. Reform the religio-cultural situation of India: Our religio-cultural situation need reforms for decades.Uttar Pradesh chief minister Yogi Adityanath came in for praise from Prime Minister Narendra Modi last month for shrugging off a superstition that any sitting chief minister who visits Noida does not assume the high office again. Recalling his days as the chief minister of Gujarat, to aver that such superstitions are not unusual, Modi said that there were 6 to 7 places in the state where no chief minister visited out of the fear that whoever does so would lose his seat. “I ignored this and visited all those places,” Modi said, pointing that he remained Gujarat CM for nearly 20 years. The important and distressing point to note is that “Noida is Jinxed” was a part of the belief system, not only of many politicos, but also of several “cosmopolitan” bureaucrats.

“In the modern scientific world there is no place for superstition,” the prime minister asserted. Though this was a good beginning, much more needs to be done on such fronts. The society is stuck with many blind beliefs from the past which hurt the environment, handicap our psyches and reduce our productivity. Real secularism is also our ability to wean off superstitions and such dogma. Modi, coming from a staunch Hindu background, and having already seen as instrumental in abolishing Triple Talaq, is in a unique position to initiate such change across ethnicities. Just as he is trying to throw out antiquated laws, he should crusade against such archaic and counter-progressive world views.

3. Promote ‘good nationalism’: Even though a significant part of the country is liberal nationalist, there is hardly anyone who would not wish to be proud of his country. One does not disapprove pride in the country but objects to vanity about things which are not truly admirable.

Allopathic Medicine practice, when it began in the West in 1800s, was in the hand of misguided quacks, administering their fanciful potions. Soon the realization dawned that serious, thoughtful and honorable people need to get in to the medical field. Eventually standards of educational rigor and practice were set. And fraud medicine was replaced by good medicine and we came to respect it.

Similarly nationalism needs to be replaced by good nationalism. We need sophisticated ways for directing our urge for national pride. Badges of national honour, viz. India’s quality healthcare is affordable to all, divorce rate is minimal due to our unique socialization, and state provides help when things become tricky in the family, would appeal to all as pride-worthy.

Nagging people to chant ‘Bharat Mata ki Jai’, or sing Vande Matram works with people who are already on your side. For others it breeds its twins: Shirking and Defiance. We want to be indulged for our ambivalence for being nationalistic. We need to be charmed rather than coerced. I do hope, our PM, with the wide global exposure he has had especially in his current tenure, appreciates this perspective. And though today he stands with the masses – as in everything the taste of the many carries the votes – he does so to lead this taste to a higher level tomorrow. He should be the Chief architect of “good nationalism”.

4. Balance geo-strategic orientation: India’s neighborhood equations need a careful watch. The Chinese naval expansion in the Indian ocean running through Sittwe in Myanmar, Chittagong in Bangladesh, Hambantota in Sri Lanka, Gwader in Pakistan and Marao in Maldives, often euphemistically called the “String of Pearls” by the Chinese is actually the “Necklace of Thorns” intended to strangle India. With the cessation of US aid to Pakistan, the nominal challenge which the beneficiary government was posing to the Taliban to keep itself eligible for the grants, would also evaporate. This, as well as Pakistan’s growing dependence on China may make it the first willing comrade to tighten the noose on India on China’s behalf. As I have said elsewhere, Modi is a much-needed antibiotic, but as responsible citizens we should point out the side-effects too. In the current regime India’s geo-strategic orientation has surely moved from appeasement and over pacifism to unfeigned realpolitik, which is praise worthy. However, the side effects of this transition like conflicts on our land and maritime borders need to be minimized.

5. Expand council of advisors: Machiavelli said, “There is only one way to guard yourself from flatterers, and that is to let people around you understand that truth does not offend you.” Quickly enough and to the relief of the real-world ruler, he deepens the advice by adding his signature twist, “But when everyone tells you the truth, then your respect will go down.” The ideal way is, “You should choose a counsel of people, the wise ones, who can tell you the truth, in private.”

While not everyone should be allowed to throw his guidance at you, your trusted advisers should be given priority and always heard with gravity. While there is merit in Machiavelli’s well-rounded advice, in today’s context it needs further development. To account for the complexity of the current world the ruler must make sure his counsel carries expertise from all the important sectors of public and economic life. This still seems to be lacking. The informal council of advisors to the PM is not yet broad based. It needs more experts from other disciplines who can objectively speak their mind.